News > Efficient company > ETNA Industrie invests in the future of the Nuclear Industry by opening a dedicated assembly shop!

ETNA Industrie invests in the future of the Nuclear Industry by opening a dedicated assembly shop! 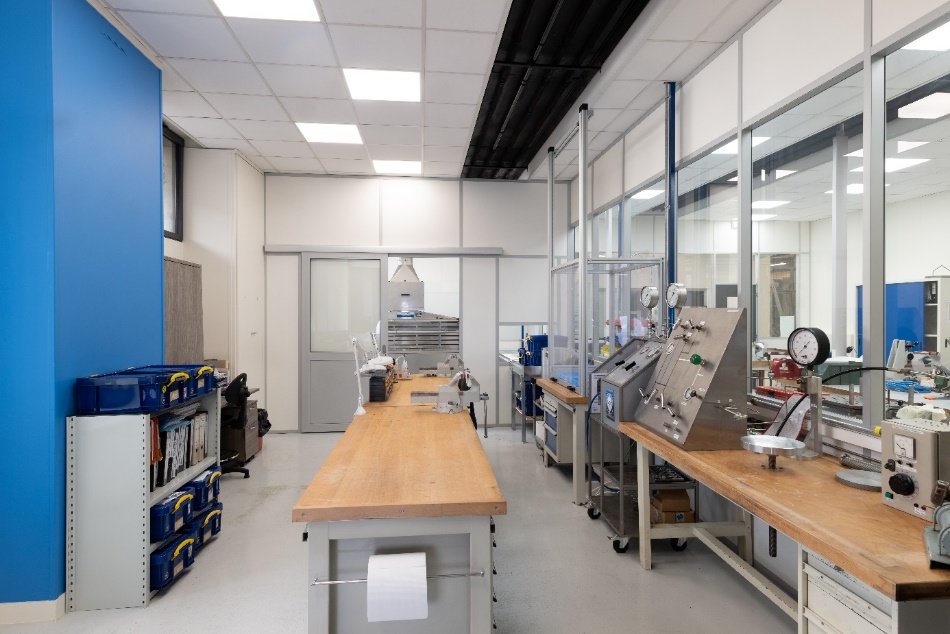 ETNA-Industrie, undaunted by the economic situation and with an eye to the future, plans investment targeted to the role it will play in the revival of the Nuclear Industry in France and Europe. ETNA-Industrie’s plan is in step with the newly elected French government decision to deploy 6 new pressurized water reactors over the next ten years
Says Carole Gratzmuller, CEO: “ETNA-Industrie is a historic actor in the French civil and military nuclear industry. Throughout the 1980s and 1990s we were active suppliers of valves and regulators to companies such as WARTSILA, CLEMESSY, CEGELEC ALSTHOM, and TECHNICATOME in the military field, our range of nuclear-qualified devices for flow and pressure regulation extending from safety valves to pressure reducers and regulators. We are familiar with the relevant codes, among them RCC-M up to level 2 and its requirements, and more particularly compliant to CST 45.C.015.
After the lull in the market in the early 2000s, ETNA-Industrie, reacting to the pick-up in demand for nuclear technology, took the strategic decision to reinvest. We first worked on gaining accredited supplier status with one of the major purveyors of equipment. Approval of our first device came from EDF in 2013. We were awarded an order for components in the ultimate back-up diesel generators known as DUS. This helped us on to meeting the more stringent specifications of Important Protection Activities, aka Activités Importantes pour la Protection (AIP).
Then ETNA-Industrie developed its sales force in France and abroad, building on our special relationship with the French federation of mechanical industry employers aka FIM. Two young and highly committed engineers were sent to the United Kingdom. Their effort was rewarded in 2021. Our products cleared testing procedures and were approved for the Hinkley Point C (HPC) pressurized water facility in REN/RES sampling circuits.
ETNA-Industrie had forward-looking plans for developing new industrial capacity, and on the back of this order, and given resurgent worldwide interest in the nuclear industry, we invested in new manufacturing technology. We are compliant to the nuclear industry’s more stringent specifications and meet conditions of assured safety in the workplace. Our project is backed up by the efficient and effective sourcing required to achieve productivity goals. A dedicated assembly shop was built and went into service in Spring 2022.”

This standalone shop is eco-designed and comprises two spaces:

2022 is thus a milestone year for ETNA Industrie. We celebrate 80 years of precision engineering at a time of renewed interest in the nuclear industry.

Watch this space for news of our planned anniversary celebrations.

This entry was posted in Efficient company, Testimony on 16 September 2022 by admin.